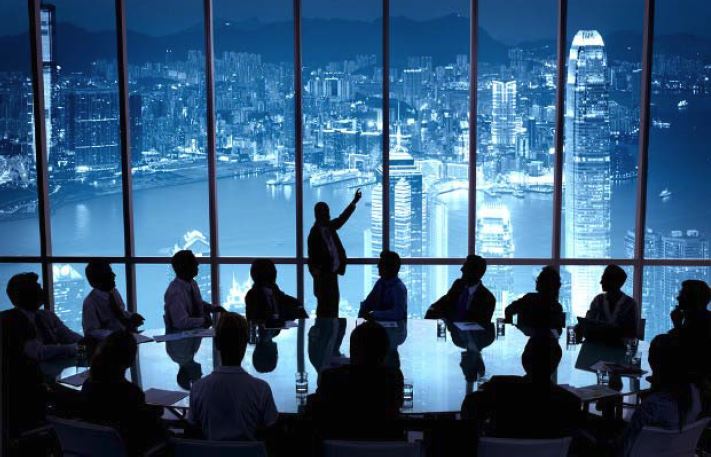 Originally published by Amy Hsiao and Brett Heavner in trademarksandbrandsonline.com.

Many well-known Western brands are doing business in China as retailers, manufacturers or both. Although online business is booming in China, most brand owners have their fair share of ‘horror stories’ when it comes to registering, protecting, or enforcing their brands in China.

The cultural and linguistic differences are self-explanatory and are generally respected and understood by Western businesses. However, many Western companies—even practitioners who call themselves ‘China experts’—still wrongly assume that China follows the same legal system and trademark principles familiar to
Westerners.

Ultimately, this view will lead to nothing but frustration when working with the legal system in China. When entering the online marketplace, Western business must not only understand and accept cultural and linguistic differences, they must also expect the vast differences in the Chinese legal and trademark system.

Unlike the US, China follows the first-to-file trademark system. This means in most situations the Chinese system rarely gives weight to the fame and long-standing use associated with a brand outside the Chinese border unless the rights were registered in China first. To complicate the issue more, infringers are operating almost like a professional industry in China (due to its lucrative nature). These infringers monitor the filings at the Chinese registry on a daily basis, seeking to identify applications filed based on ‘Western’ thinking and are therefore prime targets from which to profit.

Ignorance of China’s trademark system exposes many of the world’s renowned brands to third-party opportunistic trademark squatting in China and quite a few have since been compelled to pay a big price to buy back their trademarks. Other equally unpleasant outcomes include rebranding, getting out of the Chinese market entirely, or fighting for the right to use the marks through costly legal battles.

The question then becomes an issue of timing—ie, when should a brand owner be concerned about its trademark rights in China? In the internet age, like it or not, Western markets are closely connected with the Chinese market. Put plainly, a brand is immediately vulnerable to infringement activities in China once the brand is announced and introduced online.

“Western businesses should get a trademark application on file before the brand is being introduced online and discussed on social media.” A good example is the ‘Linsanity’ phenomenon, which took place in New York in February 2012. It refers to an Asian-American professional basketball player, Jeremy Shu-How Lin, who went from a bench player to an overnight sensation and basketball icon. On February 4, after playing only 55 minutes all season, Lin was finally allowed to play because his team had lost 11 out of 13 games and the coach was hoping for a miraculous change.

From then on, Lin unexpectedly led his team, the New York Knicks, to a winning turnaround in the 2012 season. He was called “the Knicks’ most popular player in a decade” by The New York Times. The term Linsanity was subsequently created to describe the overnight success.

‘Lin fever’ quickly spread from the US to Asia. A Chinese trademark, composed of three distinct characters, was created almost instantly to refer to the ‘Linsanity’ phenomenon.

In the same month that the English term was coined and the corresponding Chinese mark was created, there were already 30 trademark applications filed in China that included the term either in English, Chinese or both. In the following two months, there were around 40 trademark applications filed in China. Today, there are several registrations using the term in English, Chinese or both, covering products and services ranging from confectionery, jelly, gloves, toys, wine and gym equipment to entertainment services. Around 30 applications have since been invalidated either during the examination process or through oppositions.

Western businesses frequently postpone or forgo protecting their trademarks in China because they have not yet started selling or manufacturing products there. However, the consequence of not registering first or delaying tackling the issue head-on means the price tag will simply increase as time goes on.

Such businesses should get a trademark application on file before the brand is being introduced online and discussed on social media. Failure to do so opens the door for professional infringers to beat the Western trademark owner to the China Trademark Office and steal its trademark rights in China.

Issue 2: Infringing your own brand in China

The Linsanity example illustrates another key issue in China: the creation of the Chinese-language brand. When Western brands enter the Chinese market, the market will adopt a corresponding Chinese language brand if there is not already one. The need is obvious—Chinese consumers have a difficult time pronouncing and remembering the Latin-based brand name just as the English speakers would have a hard time with the tone-based Chinese language.

If there is not already a Chinese-character mark for the Western brand, the media and consumers will simply ‘create’ one based on the transliteration of the English sound, a translation of the meaning of the English word, the concept or imagery of the original brand, or any combination of the above.

This exposes the Western brand owner to a dangerous situation where the actual naming of the brand in Chinese is not only left for others, but the Chinese mark—once created—is immediately vulnerable for exploitation by others as well. Under the worst possible scenario, the Western brand owner could infringe its own Chinese language brand in the Chinese market if it does not immediately secure trademark rights for the corresponding characters created by the marketplace.

Going back to the ‘Linsanity’ example, the corresponding Chinese-character mark was coined and filed by third parties (other than Lin or those authorised by him) within 20 days after the English term was first created. These three Chinese characters bear an exclusive connection with the English ‘Linsanity’ term and the 1.4 billion consumers in China, where Chinese is the dominant language.

If the Chinese characters corresponding to the Western brand are registered to a professional infringer in China (as is often the case), the original legitimate Western brand owner is not likely to have the rights to use these Chinese characters to refer to its products or services in China due to the first-to-file principle (even though the term in English and Chinese refer to the same thing).

This is what happened to Pfizer’s ‘Viagra’ trademark in China. Viagra entered the Chinese market without a Chinese trademark. Within a few years, the blue pills became hugely popular and a two-character Chinese mark was created for the brand. This two-character mark (meaning ‘great older brother’) was a hit and quickly became synonymous with Viagra in China. Pfizer, however, lost the race to register the Chinese mark. Over time, in addition to costly legal fees, Pfizer essentially lost the lucrative Chinese market for Viagra.

In China, the internet can contribute to the creation of the Chinese brand which, if not monitored properly, can lead to a loss of the market share, and also the possibility of one becoming an infringer of one’s own brand in China.

When .com domains are taken by infringers, ICANN’s Uniform Domain-Name Dispute-Resolution Policy (UDRP) offers a good dispute resolution proceeding to address the issue. China has special .cn domains which target Chinese consumers. Infringement on the .cn domains are subject to different UDRP proceedings (usually based in Chinese) and different rules. For example, in China, once an infringing domain name is registered for more than two years, one can only retrieve it through court actions which are expensive and time-consuming. Applying China’s general first-to-file principle, the odds are generally not in brand owners’ favour unless they have first secured trademark rights in China.

The domain name infringement mostly involves a third party copying the trademark outright and registering it with the .cn specific domain. Given the infringement-prone nature of the Chinese market, it is also important to register a number of Chinese domains for defensive purposes so as to discourage online infringements in that part of the world.

Taking it one step further, most Asian countries have specific designated domains so it is advisable (and cost-efficient) to grab these domains before entering each market. The simple economics is that it costs around $50 to register a Chinese specific domain, but it costs around $3,000 to start a Chinese-type of UDRP proceeding and $10,000 for a court action to retrieve the domain once it has been registered for more than two years.

Leaving the infringing China-specific domain name unattended means the infringer can divert the online traffic from a brand owner’s website and, over time, replace the Western brand owner to become the principal distributor in China.

When entering the Chinese market, it is important to make sure the brand is registered with the specific .cn domain.

To sum up, not knowing about the Chinese trademark system could result in a tremendous financial loss and, in worst case scenarios, a Western trademark owner might become an infringer of its own brand in China.

To avoid a brand’s identity being ‘stolen’ in China, it makes legal and financial sense to take the following steps:

1) Register in China before a major brand launches on the internet;
2) Select and register a Chinese brand for the Western mark before the local market chooses one; and
3)Register .cn domain names and common variations (including typographical errors) before a launching a major brand in China.