In the second quarter of 2022, the USPTO reported a 55.1% provisional refusal rate for initial TEAS Plus filings and a staggering 85.4.% provisional refusal rate for TEAS Standard filings. If your trademark application is refused, you want someone fighting for you with a proven track record of success. As a trademark-focused law firm, our experienced legal team has the specialized knowledge and expertise to optimize your chances of obtaining a federal trademark registration. 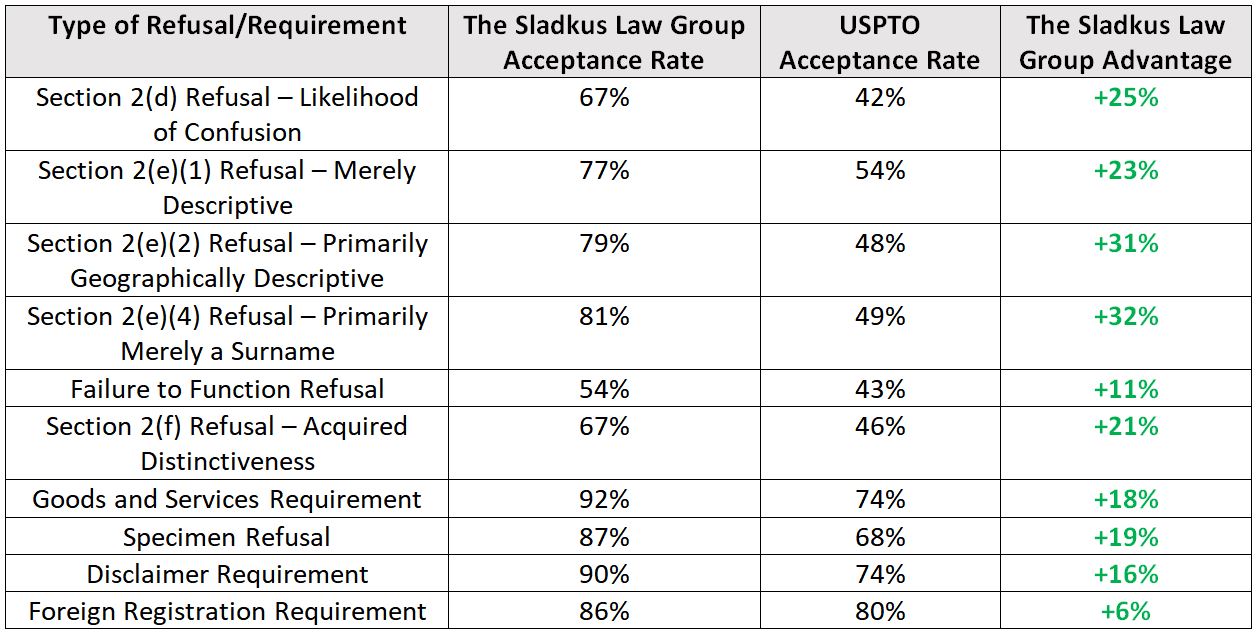